Karma is a term that we hear a lot these days. However, the majority of its applications are erroneous, and its meaning is frequently misconstrued. Karma is primarily a concept found in Hindu and Buddhist scriptures. In this article, I will explore the meaning and significance of karma in Hinduism including why karma is more than a religious concept and how the Law of Karma is irrefutable.

Meaning of Karma in Hinduism

According to Hindu scriptures all beings, including humans, animals, fishes, insects, birds, are actually souls who take birth after birth until they reach a state of perfection and attain Moksha or liberation. The effects of karma do not end with a soul’s current lifetime but continue to affect its future lives until they are exhausted.

As stated above, we are all souls (and not bodies). Lord Krishna states in the Bhagavad Gita, “As boyhood, youth and old age are for the embodied (the soul) in this body, similar is the attainment of another body; this being so, a wise man (one in knowledge of the principles of reincarnation) is never bewildered seeing such changes.” [BG 2.13]

According to Hindu philosophy, souls are infinitesimal pieces of the Supreme Lord Krishna who take birth in this material world with the goal of gaining self-realization. Until the soul realizes the realities about itself and the Supreme Self (Krishna), it continues to reincarnate in numerous forms in accordance with its karma. There are 8,400,000 different kinds of wombs one can take birth from.

A soul’s good karma takes it to a desirable womb (such as that of a devout human), while poor karma brings it to undesirable wombs (such as those of various animals and other non-human entities). As a result of their good karma, deserving souls can even get an opportunity to spend time on heavenly planets. And the souls of the most terrible sinners are sent to hellish planets.

They dwell in such realms until the effects of their karma are entirely exhausted before returning to the material world. Thus, achieving heaven is not the goal of one’s life. The fundamental aim of human life is to realize the truths about oneself and Krishna and to engage in acts that lead to liberation of the soul from the material world and its transference to Krishna’s holy abode.

What is Karma Yoga?

According to the Bhagavad Gita, there are four main pathways to reach the Supreme Lord:

Explaining these, I write in 30 Days to Understanding the Bhagavad Gita:

Jnana (pronounced gyaana) Yoga is the practice of self-education about spiritual truths and the Lord. Raja Yoga refers to the practice of continuous meditation on the Lord. Karma Yoga entails engaging in ethical practice without expecting a positive outcome and dedicating all the work and its outcomes to Krishna. Bhakti Yoga is defined as the practice of loving devotion to Krishna.

For a seeker, these four ways are not mutually exclusive. In fact, a better way to understand them is to think of them as different stages in the progression of the spiritual intelligence of a seeker.

If one carefully reads verses 6.46-6.47 and 12.8-12.12 of the Bhagavad Gita, one can clearly see the following hierarchy of the levels of progress of a spiritual seeker:

Now, what really is Karma Yoga? Karma Yoga is working for Krishna and devoting the work itself as well as its outcomes to Krishna, without expecting any benefits out of one’s actions.

Here is another excerpt from 30 Days to Understanding the Bhagavad Gita that should clarify the entire concept of Karma Yoga:

Lord Krishna advises in the Bhagavad Gita that one should act as per one’s prescribed duties. He tells Arjuna, “Even, indeed, considering your specific duty, you should not waver; for there is nothing better for a Kshatriya than a righteous war.” [BG 2.31]

So for knowing one’s proper responsibilities, the Vedic scriptures advise us to consult our mental faculties, and once that is determined, one should work accordingly. One’s God-given nature is the best source of knowledge about one’s prescribed duties.

Krishna further says, “If, however, you decline to perform your duty to fight this righteous war, then having abandoned your duty and glory, you will incur sin.” [BG 2.33]

Everyone has a set of responsibilities to which they must adhere, even though the outcome is entirely out of their control. You only have the right to carry out your responsibilities in order to achieve a goal. To get the best outcome, you must give your all and fight for it. However, you should be unaffected by the final outcome, whether it is favorable or not.

Krishna again clarifies, “Verily, no one can ever remain, even for a moment, without performing action; for, everyone is compelled to act helplessly by the attributes born of material nature.” [BG 3.5]

In other words, you should never ignore your prescribed duties and responsibilities.

And lastly, Krishna puts everything together and tells Arjuna, “Surrendering all kinds of activities unto Me, with your mind centered on the self (the soul), free from expectations (of desired results), ego (sense of ownership), and feverish anxiety (about failure), fight (which is your prescribed duty).” [BG 3.30]

How are the effects of bad Karma mitigated?

There are a variety of different methods of mitigating negative karma and moving toward liberation. It is obvious that something negative can be negated by something positive.

According to Vedic beliefs, the effects of one’s bad karma may be mitigated by living virtuously, performing good deeds, such as doing charity and helping others, practicing yoga, and worshiping God with faith and devotion.

Only through engaging in Krishna’s devotion or Bhakti can one expect to obtain liberation and reach Krishna once the effects of one’s negative karma have been eliminated.

Karma in other religions

I don’t know if Sir Isaac Newton had the Law of Karma in mind when he wrote his third law of motion. But, nevertheless, he got it absolutely right. Indeed, every action has an equal and opposite reaction. Not only does it always hold good as a scientific law, but it also holds good in every other respect as well. And this law is not given in only the Vedic scriptures. All religions and philosophies, in their own ways, believe in this law. The Bible mentions this law several times, like:

“Do not be deceived: God is not mocked, for whatever one sows, that will he also reap.” [Galatians 6:7]

“Whoever sows injustice will reap calamity, and the rod of his fury will fail.” [Proverbs 22:8]

Buddhism also, in its own way, believes in this law. And so does Islam. Quran says, “Whoever comes (on the Day of Judgement) with a good deed will have ten times the like thereof (to his credit), and whoever comes with an evil deed will not be recompensed but with the like; they will not be wronged.” [Quran 6:160]

The significance of karma in Hinduism as well as in all other religions and faiths cannot be overstressed. After all, how can God be unjust?

How to know the difference between good and bad karma?

Almost every religion has a concept of ‘sin’ and instructs its followers to stay away from sin. The Law of Karma is also based on this concept. But the problem is determining whether or not what one is considering doing or what one is thinking is sinful. Many books have been written about sin and sinful activities and how to know if an action or thought is sinful. Despite that, there is not enough clarity.

God has already given us the tool we all need to make a clear distinction between what is sinful and what is not sinful. And that tool is our conscience. When one indulges in illicit sex, his conscience clearly tells him it is wrong. When one cheats one knows it is not right. All that is required is for one to pay attention to what his conscience is telling him. The only way to avoid sin, i.e. bad karma, is to listen to your conscience.

Why does the Law of Karma does not seem to always hold good?

Since the beginning of time, this has been one of humanity’s most popular grievances. It hurts our minds and shatters our confidence in God when we see a good person suffer. We also find it frustrating to see an unworthy person succeed. We easily lose faith and believe that either there is no God or God is unfair. And the reason we lose faith is that we don’t understand the most indisputable of all laws: the Law of Karma.

Understanding the Law of Karma is not difficult at all. All we need is an open and welcoming mind. What we see is what we believe. That is the basic nature of material beings. We cannot normally think of things that may exist but are not clearly visible to our eyes. To expand our horizons, we must cultivate a deep interest in spirituality. For a shallow thinker, the Law of Karma is difficult to comprehend.

According to Vedic sciences, the same soul travels through various bodies before it understands that Krishna is his only goal. The soul is unaffected by whether or not it is housed in a body. The soul is eternal. Thus, an action performed by the soul remains associated with it, regardless of which body the soul was inhabiting at the time of performing the action.

So, it is obvious that the virtues of a soul’s conduct cannot be limited to a single lifetime (i.e. time spent by the soul in one body). These get carried over. And that explains why we see bad things happening to good people. They are nothing but the reciprocation of their bad karma in their previous lives. And when you see good things happening to a bad person, we must understand them to be the results of good karma they did in their previous lives.

The Law of Karma is infallible justice. It cannot be refuted. God can never be unfair.

Please do let me know your thoughts about the Law of Karma by commenting below. 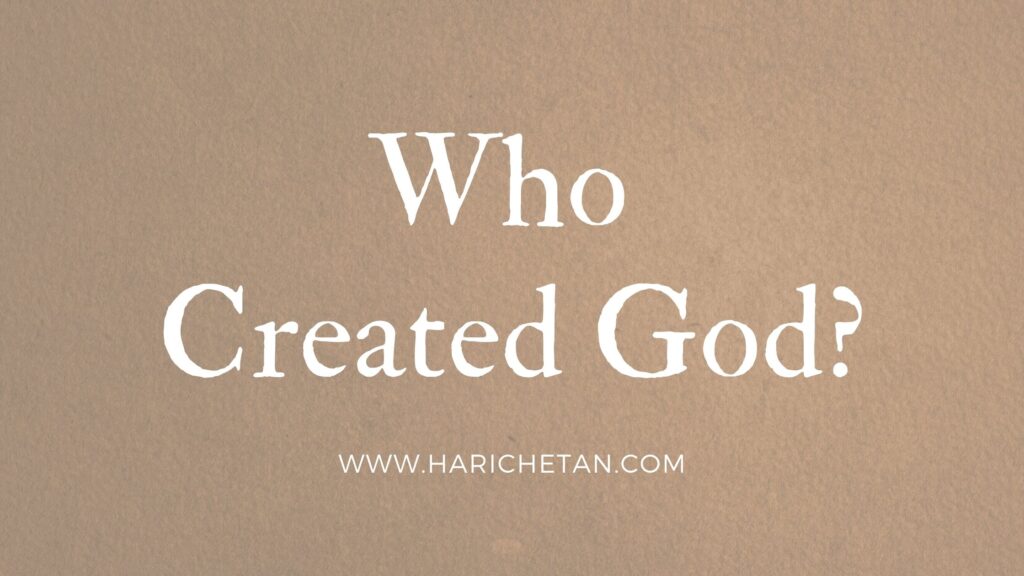 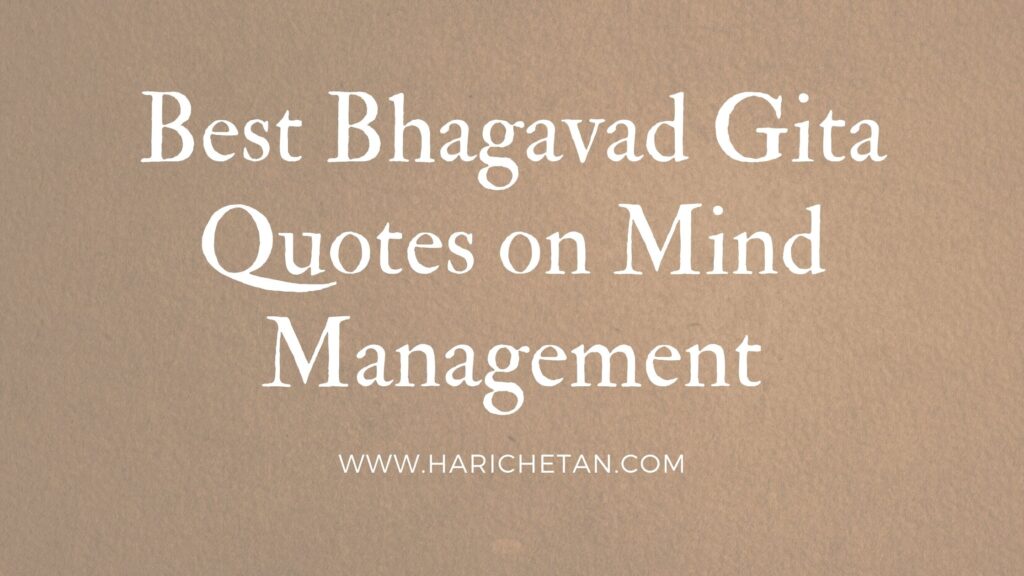